I may have said before, but we live right on the pinnacle of a hill.

Hence the wonderful views down the valley, the tornado that ripped through our garden, and the exceptionally high winds we have at times. Yesterday was no exception!

So off I went with my bedding past the chook chooks, clucking away

Off to my lines, tied between the silver birch and the goats shed (now the Hilton Hotel for chickens!). Boy! Was it windy! I wrestled the super-king quilts onto the line and pulled them out tight. Whilst the wind blew them here there and everywhere, and me with it. The chickens were now looking at me as if to say ” WTF! She has lost it” as they clucked their disapproval at me, and the Welshie’s, running around me, barked and chased the wind, in between barking at the chooks . Chaos in the garden was underway.

But I won! The bedding was flapping away furiously with about ten pegs on each piece, making a wonderful sound, snapping in the wind.

So empowered was I off I went to put some more washing on, and start some more work on our handmade products for our Etsy shop. 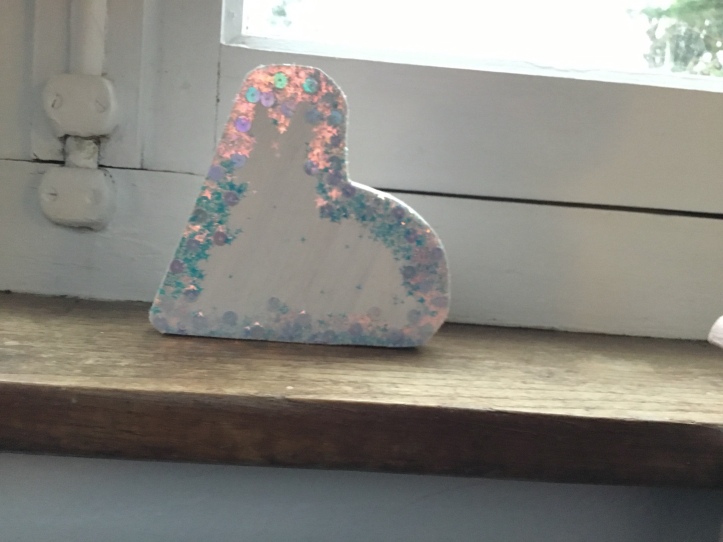 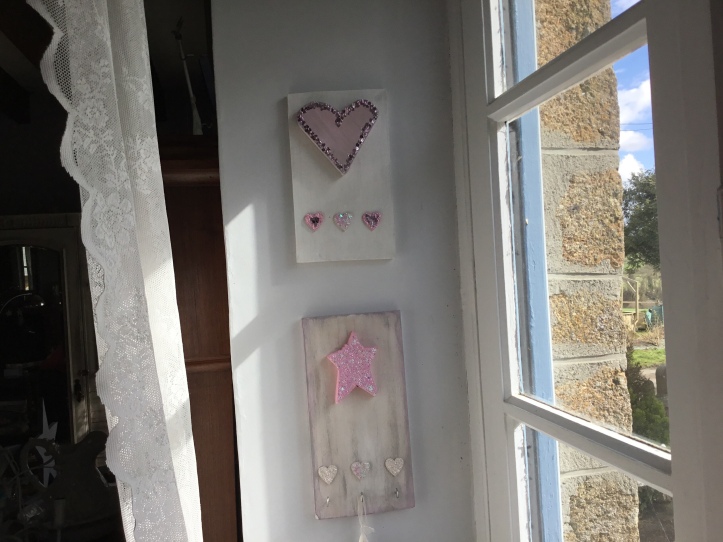 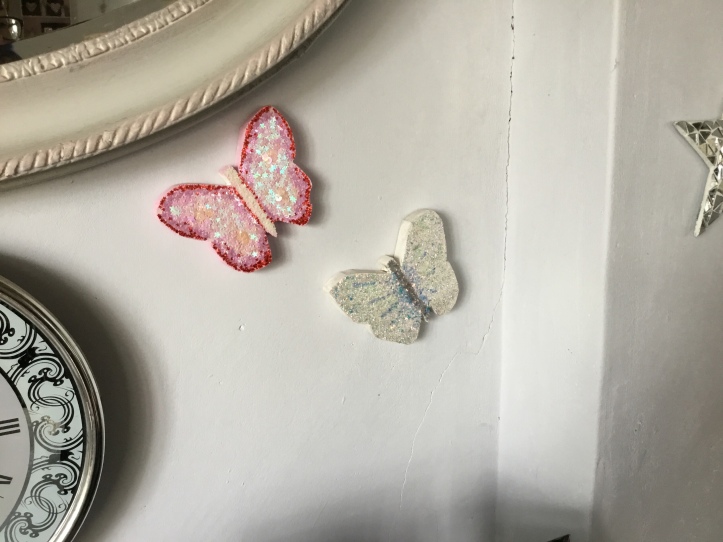 But there was a problem that I had not considered, which was that my lines are held up by line props; so as I worked away, engrossed with my orange stick and sparkly treasures, the wind blew the props away from the lines and the lines dropped down, resulting in my massive quilt cover dragging in the grass.

When I looked out of the window I realised the problem, and off I went up the hill to my lines, the cover was muddy so I brought it back in for a quick wash.

Despite the setback I was undeterred, I pegged the just washed set of bedding out, making sure that each item was pegged with enough pegs that if the props dropped they would not go in the dirt again.

The wind was blowing furiously and it made me think of the story where the wind and the sun did battle, I’d swear that bloody wind was doing battle with me! But I was confident I had got it right.

But this is how my day went:

15 mins later props have blown off and sheets have dropped down so I go back out take in the sheets, that are nearly dry and peg out the newly washed load that I have got out of the machine. I know, I said to myself, I will put all the small items on this line so I don’t need to use the prop. Yey, I think, I will beat the wind. I am determined.

Now you have to remember that all this time the neighbor can see me out of her window and must be thinking ‘les Anglais!! Elle et Fouelle!” Meaning the English! She is mad!!

But I am undeterred half an hour later I take re-washed quilt cover out of machine, go back up the hill to line, buffeted by the wind, I’d swear the bastard was trying to blow me over!! The Welshie’s were barking at my feet, and doing zoomies around the garden, the chickens were clucking at me as if to say ” you are fucking mad!” I repositioned one of the quilt covers, re-pegged it, with it blowing over my head and trying to smother me, this was no an easy thing! Then I peg the re-washed quilt out on a high part of line that does not need a prop. ‘Aha! You bastard!’ I said to the wind, ‘you won’t beat me this part of the line does not need a prop.’ So I struggled, all five foot four of me, heaved this massive quilt cover over the line as the wind buffeted me everywhere and the Welshie’s barked at the now empty chicken enclosure because it was so windy they had gone in. (I could still hear them clucking their disapproval at me from in the goat’s shed.)

That’s it I had it sorted, and I was confident that there would be no more problems. Off I went back indoors, made myself a celebratory cup of tea (I know how to live!) and got on with my crafting. In fact I was so confident I put another load of washing in the machine!

The wind was getting stronger and stronger and was now hitting the house with huge buffeting gusts. An hour later, armed with the fresh washing I call the Welshie’s, who look at me as if to say “are you mad woman?! We are not coming out, it is blowing a hooley, out there!!” “We are staying in the warm.” 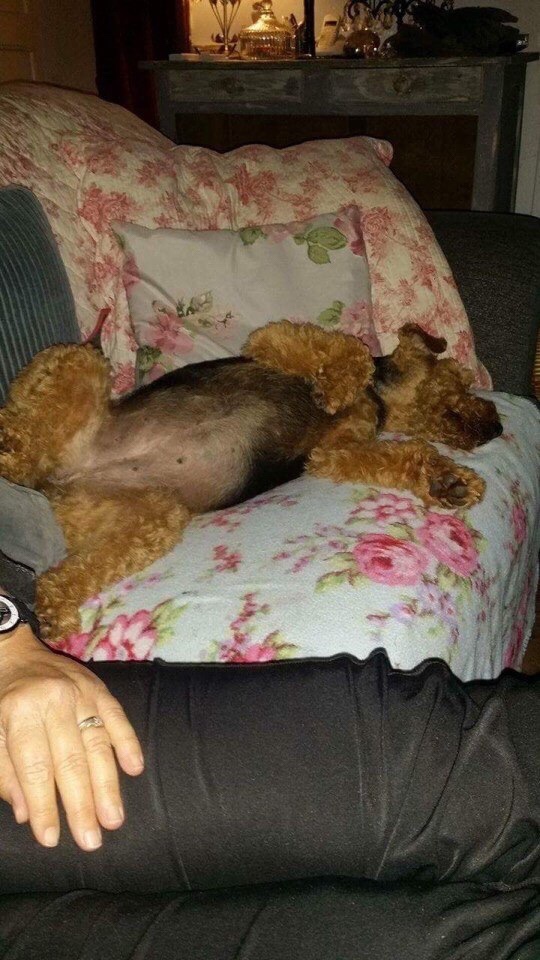 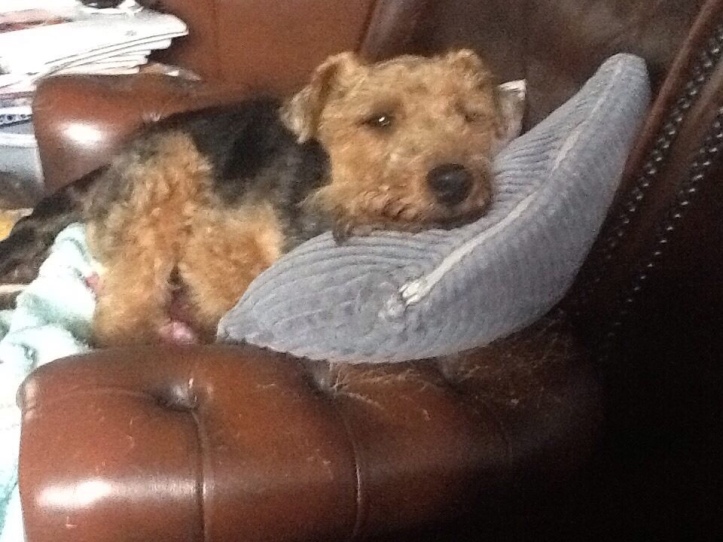 As I open the door the wind gives me a push and when I look at my line it is broken and my freshly washed ( for the second time) quilt cover is laying in the dirt, along with my pillow cases!!

I picked them up, and pegged my next lot of washing out on the other line, whilst the chickens looked at me in disbelief, and I’d swear I saw my neighbor laughing at the window!!!

I am not a girl who gives in easily!!

Moral of this story: Don’t ever give up, but remember you cannot beat nature!!

And , yes, my washing dried, and I only have a small amount of dirt on the quilt cover so I am going to make sure that goes on hubby’s side of the bed!