And the rivers became raging torrents! 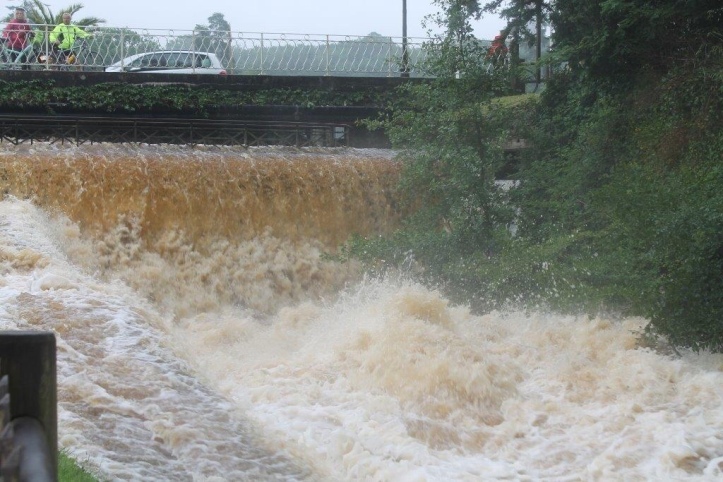 The sun has finally peeked through the clouds, after four days and nights of virtually constant rain, sometimes the type of rain that comes with a monsoon. 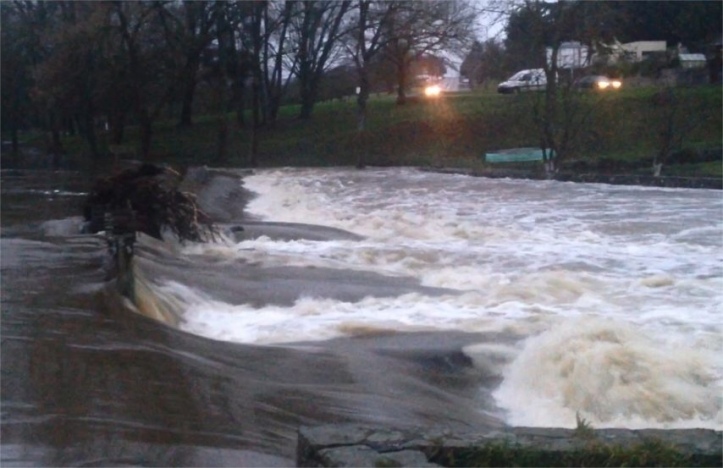 Our friends attended what should have been a wonderful June wedding on Saturday, but the rain was so torrential they decided to return home to check their guests were okay, and that the electricity had not been affected (a common thing out here in bad weather, as the electricity runs overground because France is so vast). There they were in their wedding attire desperately trying to get their four wheel drive car out of the mud, it was so entrenched. By the time they got home they were covered in mud, and toasted the ‘happy’ couple with a beer and a glass of champagne, thankfully with the electricity in situ. But the poor wedding party fared worse, they lost their electricity, which meant the hog roast was off the menu as was the disco!

Yesterday the rain was still in play, and poor hubby went off to work at a friends only to find himself trapped as the river at the bottom of their garden exploded into the garden and up to the house. His van is still trapped there, and he had to drive one if their vehicles home last night! He had to climb through the undergrowth to get out if the garden, it was that or swim!

It appears that France has had fifty days rainfall in just two days. People have died and all of the rivers have succumbed to the water and become lakes instead. 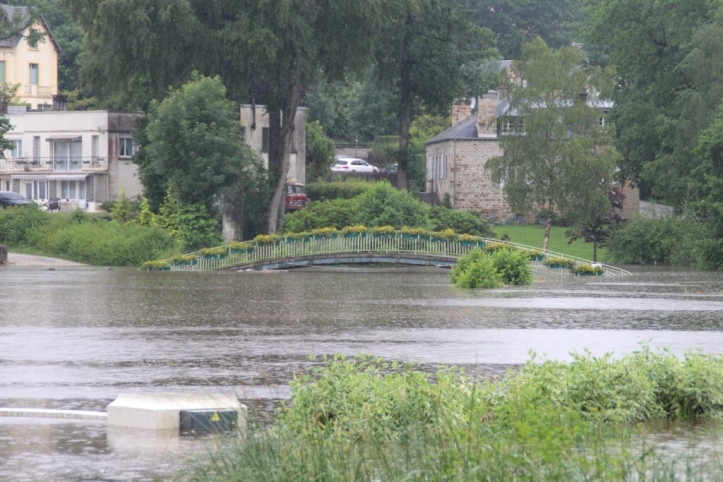 Sort of makes our leaks in the kitchen pale into insignificance…