The Good Life continues, but we are trying a different format

I know! You’re shocked another post in as many days!!

Remember the vegetable plot? How excited we were after spending six hours (over two days because it was bloody hard work because Rich had put his back out) digging up my lawn, and  how we used logs from our garden (very rustic) to boarder it, we were so excited. 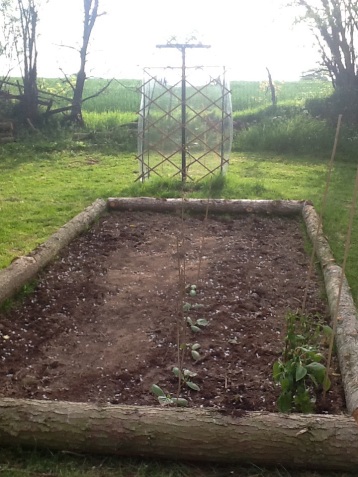 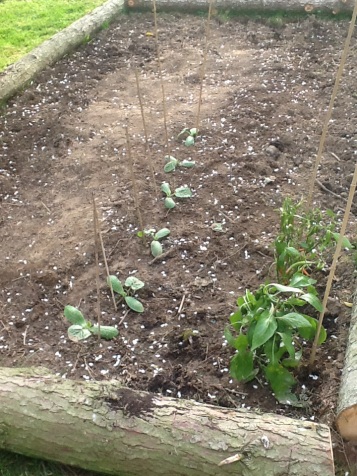 Do you remember how I lovingly put in my chillies and my cucumbers, that turned out to be a triffid courgette, with courgettes as big as marrows but no bloody cucumbers? How I planted my spring onion seeds and sweetcorn seeds? And then we had one of the coldest starts to the summer on record, followed by a heatwave and it turned into this!!!!!!!! 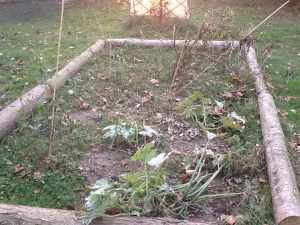 Then you will not be surprised when I tell you that the  vegetable plot is no more! I have given up on it! The logs have been moved, the grass is growing back!! I need to be realistic!

I think it is a common thing when you move, to France in particular, you have this idyllic picture in your head …….

You will get land, lots of land (don’t! An acre is enough if you don’t have livestock, or plan to set up a farm, remember you have to maintain your land and trust me it takes us over two hours to mow just under an acre!) anyway I digress…. there will be vegetables growing, chickens  clucking around your feet, a sun hat on your head, a basket in your hand as you waft between rows of potatoes, runner beans, tomatoes, sweetcorn, with your dress flowing out and gently blowing with the breeze. The reality last year was that the sweetcorn did not grow, or my spring onions, God knows what happened to them! Don’t get me started on the peppers, after hours of watering and feeding three plants I got three peppers! Whoop Whoop! No cucumbers, just monster courgettes, and about twenty tomatoes from six plants. It doesn’t help when your Welshie monsters keep jumping in the patch and peeing up your plants! So your idyll turns into something resembling Armageddon! 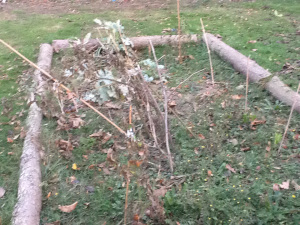 Seriously I was crying with laughter when I reviewed this picture. I remembered all the scrabbling around on my hands and knees weeding, wondering why my cucumbers were growing so big, and only when they were the size of a marrow you would put into a show did I finally admit defeat and realise that my cucumbers were not to be. Apart from one, that grew like a fat round tennis ball, that was it!!

So we have given up, but not completely; my terrace reaches temperatures of over fifty degrees in the sunshine so the tomatoes, cucumbers and peppers are being put into big pots and put on the terrace, the peppers should even go red! Having said that I have already bought two of each plant and my two cucumber plants have died already and I haven’t even potted the bloody things up yet! But I will persevere because there is nothing like the taste of a home grown cucumber. Although I feel that I may be jinxed.

The chickens? Well we thought it would be impossible with two Welshies, one of whom likes to kill any small thing she can lay her teeth into, bless she was so proud when she killed a rat and brought it over to show me, add to her repertoire a pigeon, a rabbit and nearly two of the cats and you can see where I am going. But we are about to re-home six  chickens and hubby has been building them a big run, using the stumps of the trees we cut down for part of the perimeter. We have bought metal rods to hold the fencing down, and the large logs will also be used to stop the naughty, murderess from getting in to them. We hope! 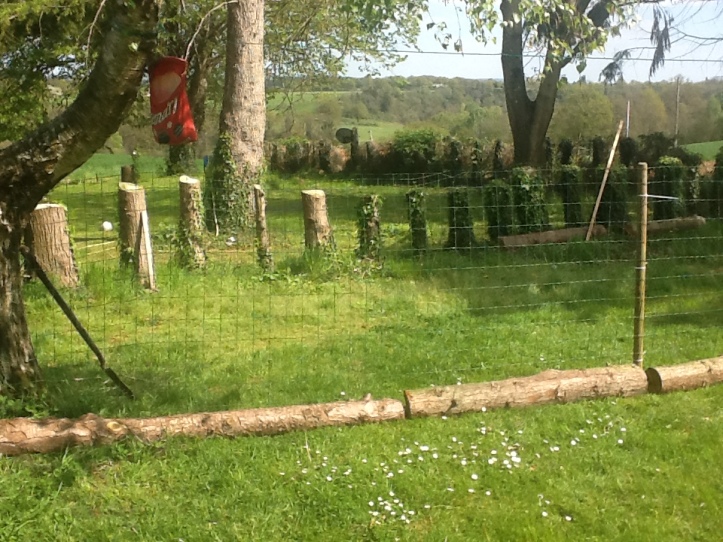 As you will see she is just casing the joint this afternoon, and you can also see that they have a log playground, until we find the time to chop them up for this winter!!

When we viewed the house there were goats in residence so we are going to use the existing goats shed as their coop, and, seriously, they will be the most spoilt chickens in the world.

It is still a  work in progress folks, it will be higher on all sides and chicken wire is also being added, you will see it in it’s finest next week.

I had to re-home the chickens you see because I know them personally and have come to have a soft spot for them, so when I knew that they had to leave their current home I also knew that serendipity had stepped in again to say “you have them.”

As for eggs, well they lay well at the moment but I am not sure how well they will lay with two Welshies staring at them all day, with a look on their faces of “come and play with me little chicken, lets play kill the chicken, I will let you run away first!!” But we shall see, we hope that The Wiglet will get bored, we know Harley will.

I will name them, we won’t be able to eat them, as I said to my dear friend Jan “I cannot eat something I have named.” To which she replied “Then call one of them dinner, and one of them stuffing!!”

But it has always been our dream to own chickens, and whilst the idyll of the floaty dress, hat, and basket has been lost I do love to hear them clucking away.

Here is to next weekend, and a better harvest this year. You never know I may dress up after all!