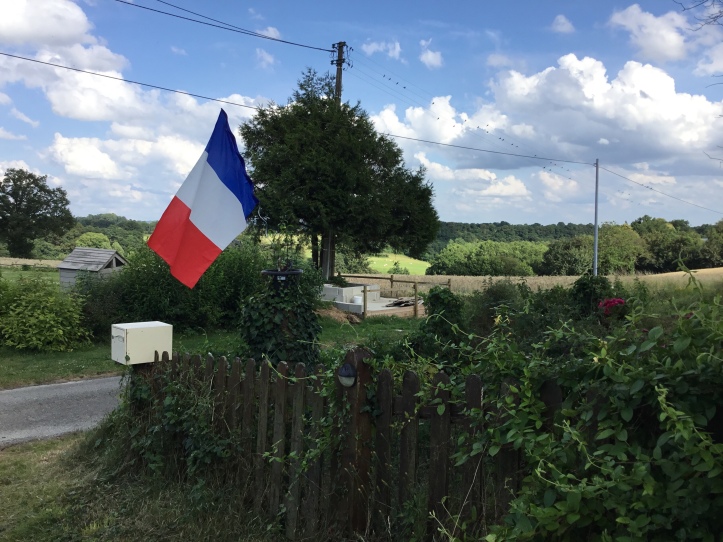 When I started my blog I never thought I would be writing about the World cup, but that’s part of the adventure I suppose, we all change.

This is the first world cup since we came to France, and my husband lives it, all of it. This picture is the French flag fluttering in the wind in our garden.

Rich used to be an avid England fan, but, after some events in our life, he stopped being so obsessed and realised that he was being an arsehole about it when they lost, understanding it was only a game. So he then came to just watch the World cup with no pressure, and enjoyed all the games instead of focusing on the few, quite simply, he ‘got it’.

It was a good time to realise this really, because, despite all of the skilled and excellent players the English team had at their disposal, they were, quite simply, atrocious. They did not qualify for the World cup in 2014, there were too many egos in the team, too many people who thought that they were the most important. My friend used the old cliche yesterday ‘there is no I in team!’

So now we live in France and we support our home team, France, of course; but the English team are now a young team, skilled young men whose egos have not had time to become so inflated that it is all about them, and they are playing well; and you want their passion and lack of ego to be rewarded, and you want yhem to silence the doubters.

But how did I come to join in? Well since Karen arrived poor Rich has been watching the World cup with the female version of Saint and Greavsie sitting on the sofa beside him. (Sorry to all of my non English readers, they were football pundits from the eighties, and I am showing my age now?!) 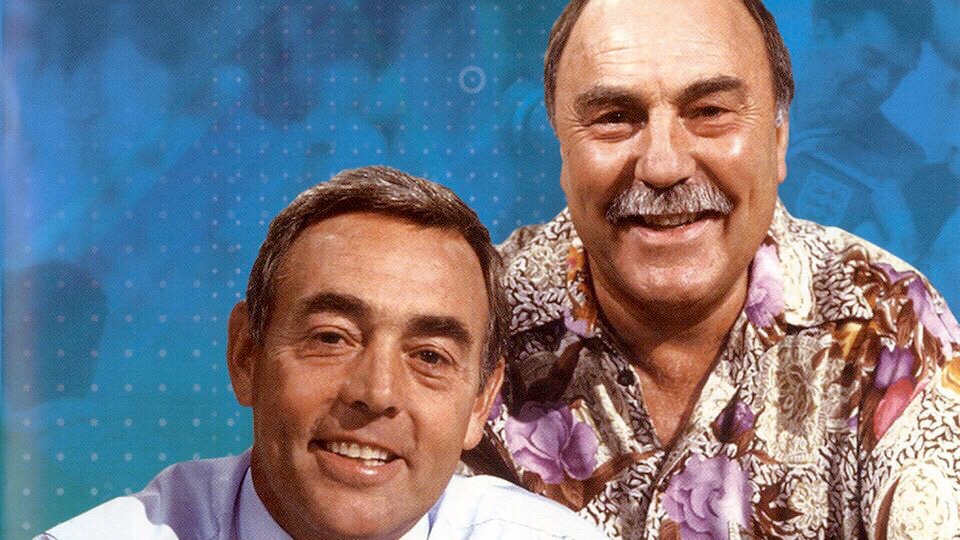 We have giggled about this, Karen has conceded that she is Greavsie, because I have dark hair!!

So poor Rich has been sitting, beer in hand, on one sofa, whilst we sat on the other putting the world to right about whether it was a penalty, red card or yellow card. That is until something catches our eye like a nice looking bloke on the bench with a tight T. Shirt, or a particular haircut that we liked, when we would go ‘oooh he’s nice’, or ‘loving that haircut’, or ‘he’s good looking’. Then Rich’s eyes would glaze over, and he had a look on his face of ‘God help me!’

So we felt pity for Rich and decided that last Saturday we would go to a French bar to watch the French match, and give Rich some male company. But when we got there it was empty, apart from a man whose eyes looked to the right and to the left independently. Mmmmmmmmmm the French are clearly not big on watching the football in the pub!

But never deterred, my hubby in his French football shirt and Karen and I persevered, and got excited as some more people came in, four in fact!! They all sat there and as the game became exciting we ‘les Anglais’oooohed, and aaaahed, whilst the French looked at us as if we were mad! For such a passionate race they sure were not showing it when they watched the football.

As the game wore on we cheered when France scored, we roared when they scored again, and the French looked at us as if we were not only mad, but had all grown two heads. But we did not care, we like the passion of the game, and by the time goal three came the French had decided to join the ‘mad Anglais’ and began to cheer with us; they started to laugh with us (or it might have been at us) and the atmosphere changed and France won.

Despite igniting their enthusiasm we still came away feeling a bit flat. So last night we decided to go to an English bar (something we would never do) and watch the English game there, and even treat ourselves to burger and chips! Our old neighbours and friends had arrived on Monday and were excited to watch the match in a bar in France, so off we all went, into the humid and hot night, to a bar not far from us. It was full of English, mainly men, Rich loved it! Despite the adventure he still misses watching the football with other Men, particularly English men. Despite loving your new life there are times when you do still miss some cultures and comforts from your country (I won’t say home, this is my home now.)

The burger was good, the game was thrilling and England did not disappoint. Those young men worked their backsides off, the Captain steadied his ship, and they won the penalty shoot out for the first time in twenty two years!!

It was thrilling to watch, painful to watch, and, at times, I couldn’t watch! But they won, a testament to not letting ego get in the way.

Now we have a dilemma, because they could meet France in the final and what do we do then? We love them all so as always we will adopt our philosophy and let life show us the way; and continue to fly the French flag in our garden, our wonderful welcoming neighbours and friends in France love it.