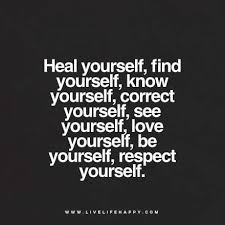 Over the years I have shared with you the mental health problems that I experienced after working many years for the NHS – it is often said of that institution that it can chew people up and spit them out – or burn them out as it did in my case; that is true, and that is why you will not find me to be an overly excited supporter. Sadly I have seen it warts and all!

In the same way that I do not think that infidelity or heartbreak should be hidden under the carpet, I do not think that mental health should not be discussed either. But this post is slightly different this post is about how I have now come full circle and realised that the parts of me that have been suppressed are in fact exactly what I need to survive out here for now; perhaps that has been part of the lesson to know that the my strength is an assett!

Over the past few months I have come to realise that when I first came to live here I was still ill; it had been less than a year since I had first become ill, and looking back I had been optimistic to think that I was back to firing on all cylinders.

But add to that moving to a new country, the house not being what we thought (everything leaked, the cesspit, did not only not conform it was inside the cellar and leaked into the cellar, the heating did not work, you may want to see some of my old posts) and our son not talking to us it was a tough time.

Despite all of that we had the excitement of a new life to keep us going. It was all new and I accepted whatever life offered: I embraced the autumn and the winters, and as time went by I learned that, to quote the Tao, where there is bad there is good and where there is good there is bad. I understand fully that there cannot be one without the other. But…..

Over this year, and mainly towards the end, I have realised that I have turned into my mum! She was always a caring and giving lady, and followed the life rule of ‘don’t do unto others as you would not want done unto you’.  But, sadly, other people do not have the same adage: so you keep doing good things for them and they keep takng them!  I have found (as I have written about before) that the saying ‘people see your kindness as a weakness’ is a truer adage. This philosophy towards life, and the constant disappointments, eventually over time  made my mum ill, because people were unkind to her often and she could not understand why, when she was only kind to them. 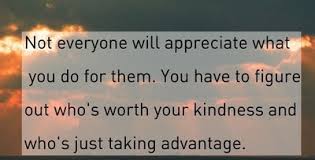 Now I have always been a kind of fiesty girl and when I was younger and my mum cried I used to tell her to just tell them to ‘fuck off!’ But I was young then, and over time and during  my career I developed a high level of empathy; but sadly too much and that is what made me ill. Slowly over the years I have taken on the attribute that my mum had, I became an empath; it was bad enough that I was taken advantage of in England but  since living here it has taken on a whole new level! Add to that the philosophy of the Tao: that we should see the good in everyone, and be kind to everyone that I tried to adhere to and on this adventure, and  I was on a hiding to nothing! With the exception of literally a handful of people, I have had to learn a lot of hard lessons. I have learnt that most (not all) people are also surviving and to do that they will treat you with suspicion if you are kind, and they will do what they need to do to survive; and if that means fucking you over: then so be it. God knows I have seen that often enough.

I understand that it becomes a vicious circle: because everyone else has been stabbed in the back they become wary, and then they stab people in the back and so it goes on and on in an ever decreasing circles; I am not saying that I will automatically stab people in the back, I’m just not that sort of person, I am a more upfront person who says it to your face! So now, as I have said in previous posts, I am not going to lower my tolerance level and if my gut is screaming at me about someone I am not going to give them the benefit of the doubt. Not anymore!

But you see the crux is that I am not an easy person to get to know. I am kind, anyone who reads my other blog and the comments that I share with others will know that I also try to be measured and I have learnt to see both sides of the story; but I can also be very direct, and not give a shit if I get pissed off. I have tried to suppress that part of my personality but now I don’t want to; now I am inspired, now I am going to do what we need to do to survive and if that means fucking people off then so be it. Bring it on! Where my life out here is concerned I need to stop. We need to survive and I need to go back to the Moisy that I used to be: If you put my back up against the wall I will come out fighting and I will not be beaten.

I have learnt a lot about the narcissist and how they target people with high levels of empathy and integrity; in fact I think that it is fair to say that I can probably spot one at a fifty mile radius now; and this time I will not be so quick to give them the benefit of the doubt if the alarm bells are ringing. Correction: There is no benefit of doubt with a narcissist you just have to detach yourself and walk away. Or shall I? Fuck it! Shall I have a game? 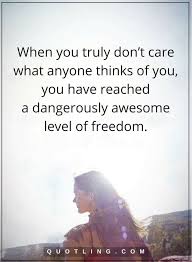 As I write this post and reflect I have come to the decision that sadly I need to just be fiesty old me; those who really love me still will, those that don’t won’t! I forgot my own lesson of the mini bus of life! So I have stopped calling people to see if they are okay, I am back on my mini bus with the right people, and given that there is fourteen seats, six of them are empty – remembering my philosophy that is about right! The mini bus of life 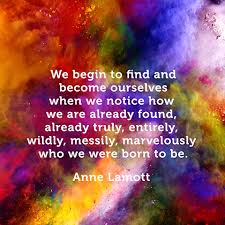 So as I told my sister of yet another horror story of people we had encountered the other day I found fiesty old me talking to her; I judged them (correctly, but something that the Tao  does not advocate): I knew that they were trying to get something for nothing because they thought we would do anything for the money. they were wrong! Not anymore! They got told no. Or as I said to my sister they can fuck off!!

But really what I did was use all the skills I have learnt over the years when considering them: The tell tale signs, from their behaviour, that all was not well in their mind, or with the family set up (they tried to hard to appear happy!) ; the boastfullness of their character; the fact that they wanted to tell me many stories of what they had acheived, and what they had got, and I could see it. Was it judging? Maybe. But for me it was listening to the warning signs and not giving people the benefit of the doubt any more.

What has this got to do with being on an adventure? Perhaps part of this type of adventure is finding yourself again, and this time using it!

As my sister said ‘Thenk God! The Bitch is back!’

Yes she is; it has only taken five years, and she feels good!