The leaning cherry, what tales you could have told 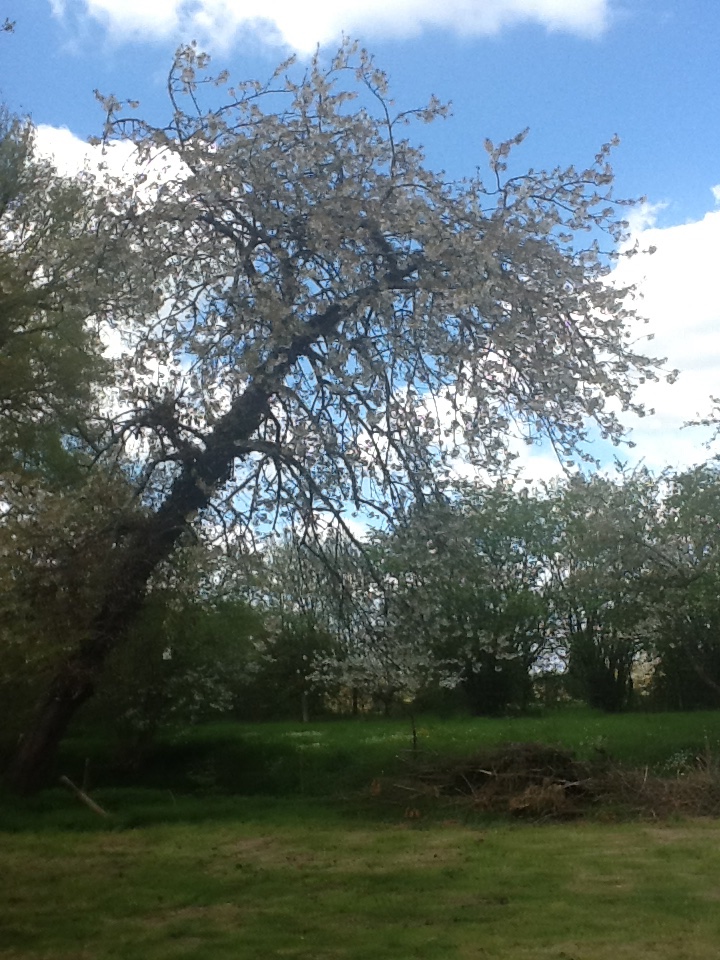 Nearly four years ago when we moved here we were told to chop down this old cherry tree. But she was covered in leaves and we didn’t have the heart. So Rich propped her up with a length of pine, and every year she came back, with her beautiful blossom under which we sat drinking wine 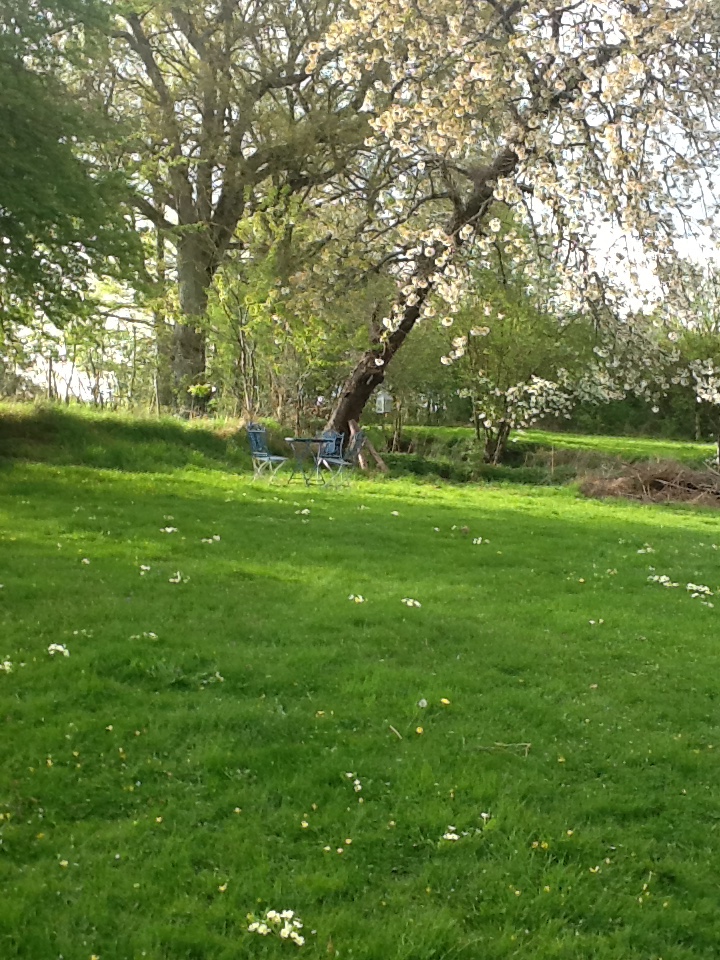 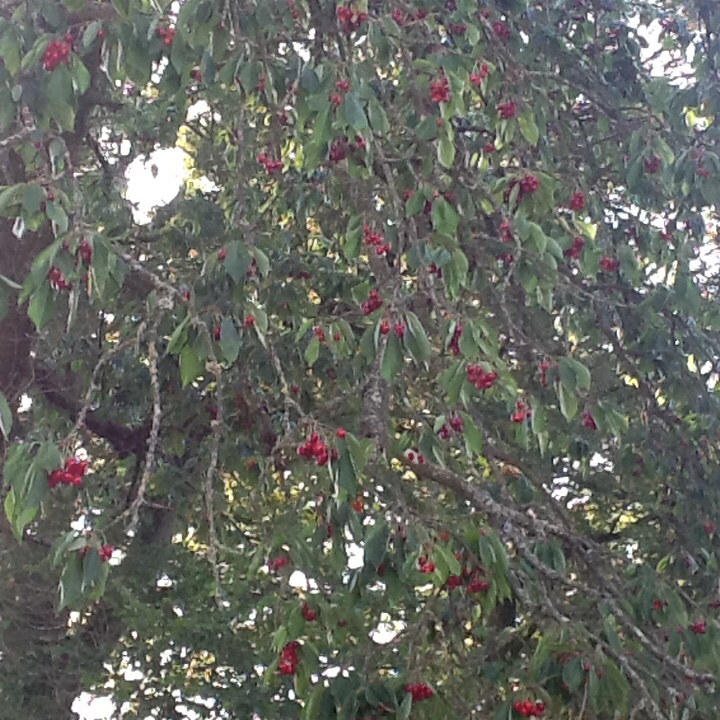 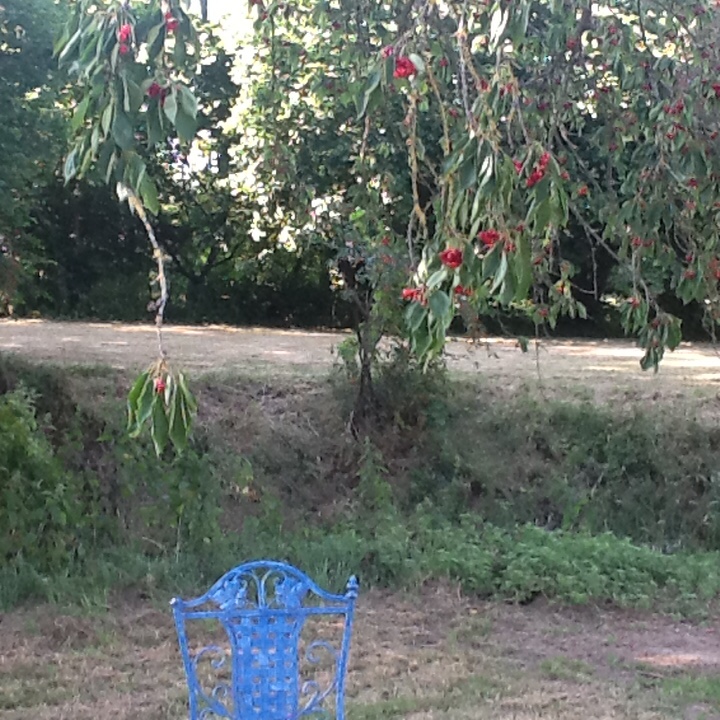 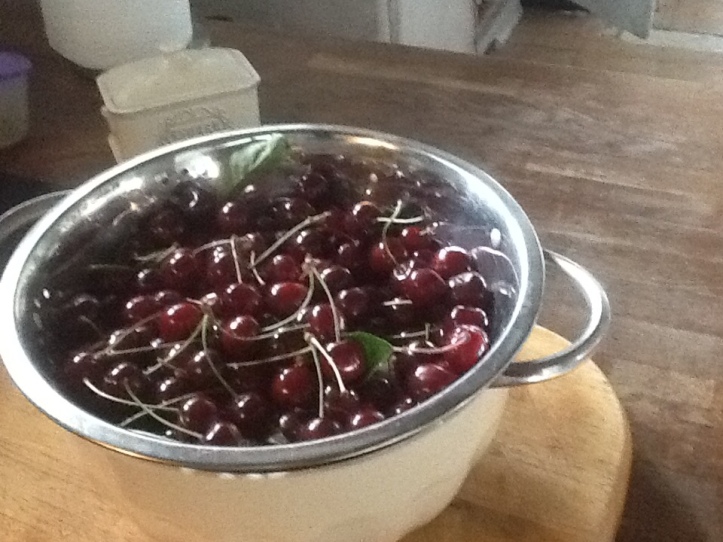 And her copious amounts of cherries. She fed the birds, she fed us.

Last year Rich set up the swinging seat I bought him (for 3€) for his birthday from it’s boughs. But when I look at it now I can see her leaves were dropping in July, and I believe she was dying even then. 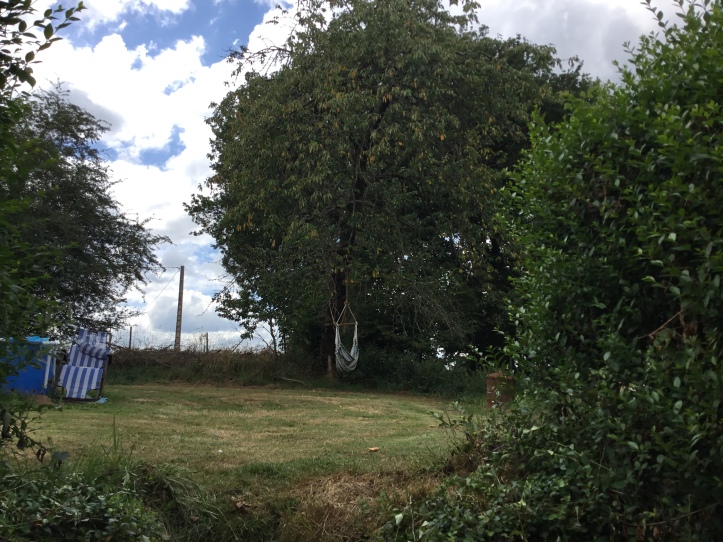 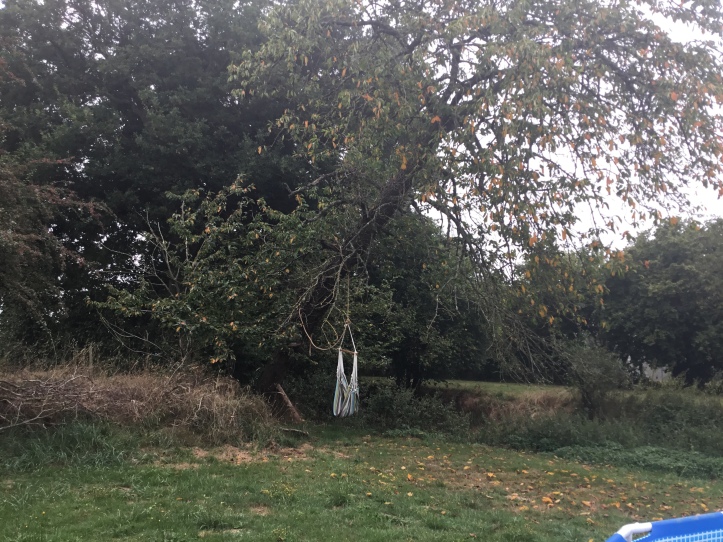 Just last month I took a picture of it and you can see where the seat was. But then we noticed two weeks ago that if you decided to sit in the seat, your bum would be scraping the floor! The hooley from a few weeks ago had wreaked the final damage on her that she could take. 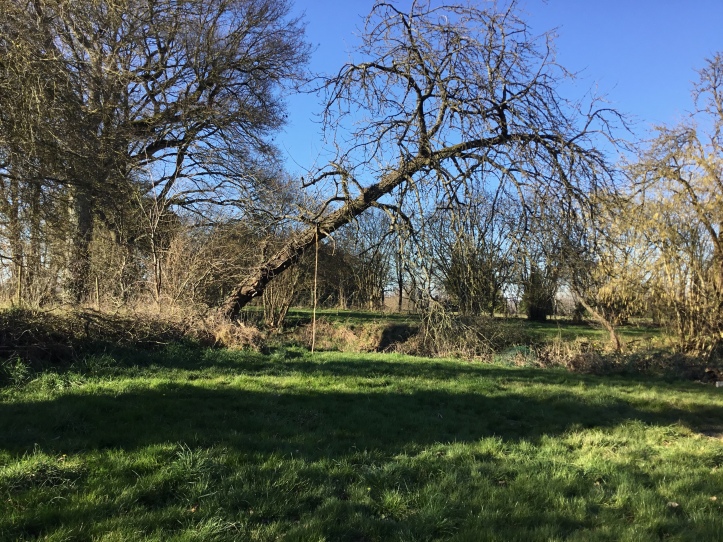 So Rich removed the seat and we deliberated on whether it was time to let the old girl go. She had some buds, but some parts had died and her trunk was sounding hollow. We didn’t have the heart to chop her down, but had a dilemma with the Welshies.

But as we considered what to do nature took the decision out of our hands. Yesterday, on a bright, warm, sunny day, as my washing blew in the wind 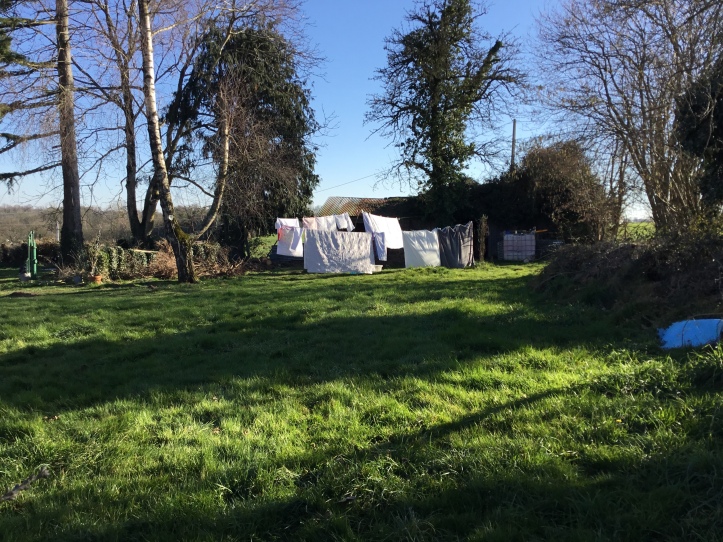 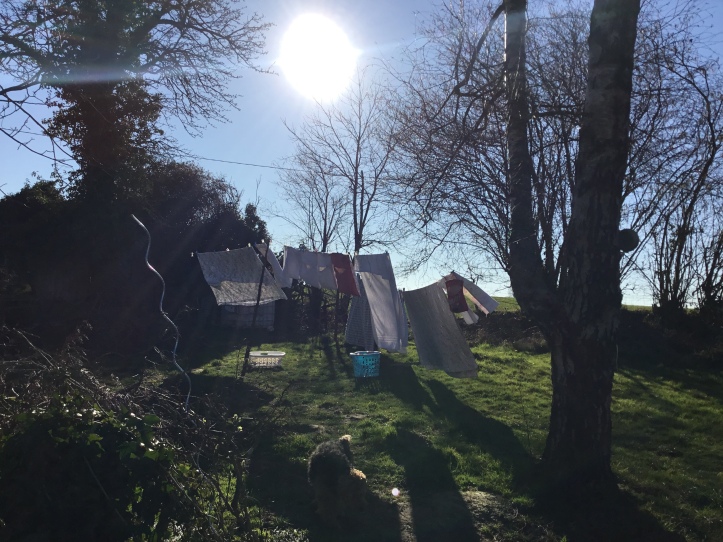 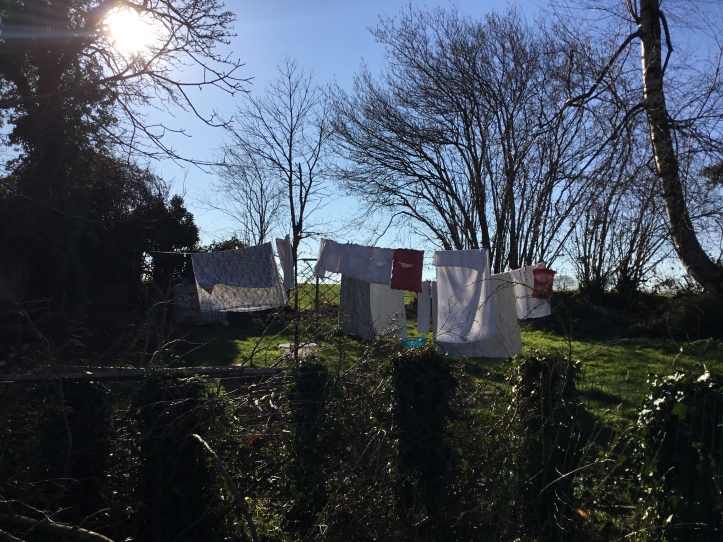 As we chopped and split yet more logs getting ready for our new venture, there was suddenly the sound of loud cracking and snapping. The Welshies stopped in their tracks and Rich shouted ‘that’s the tree’ as an almighty crack and the sound if splitting filled the air and down she came.

It was time to let the old girl go. 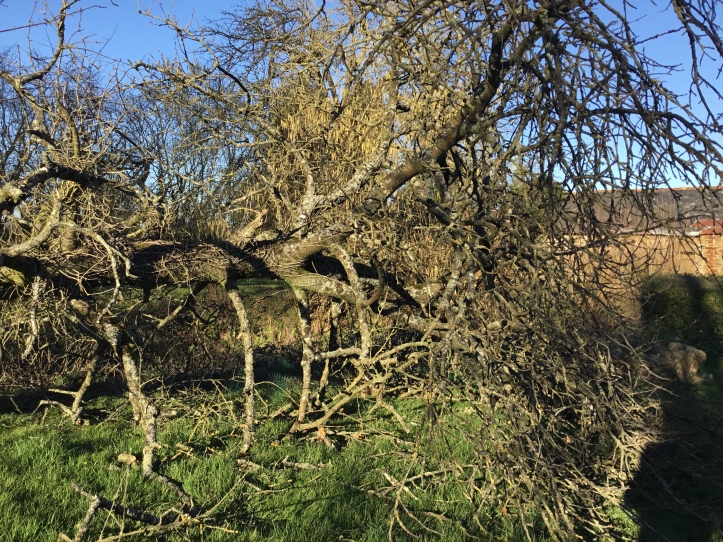 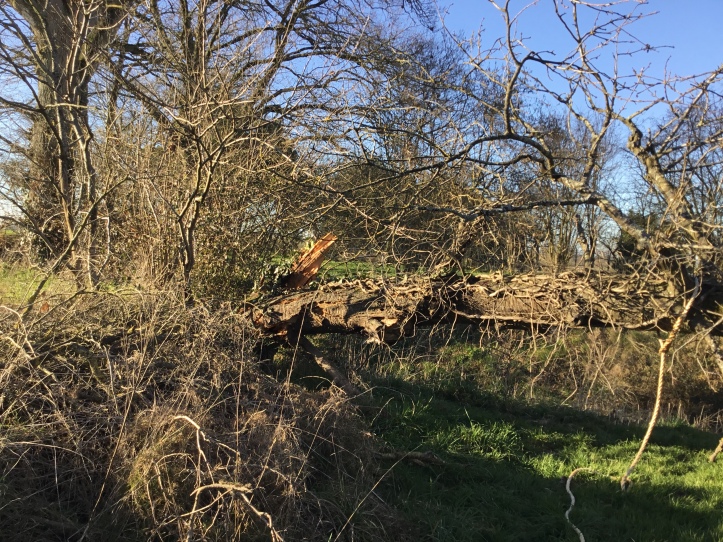 Poor Rich, he had just put his chainsaw away, after the chain became too loose, only to get it back out. More wood! 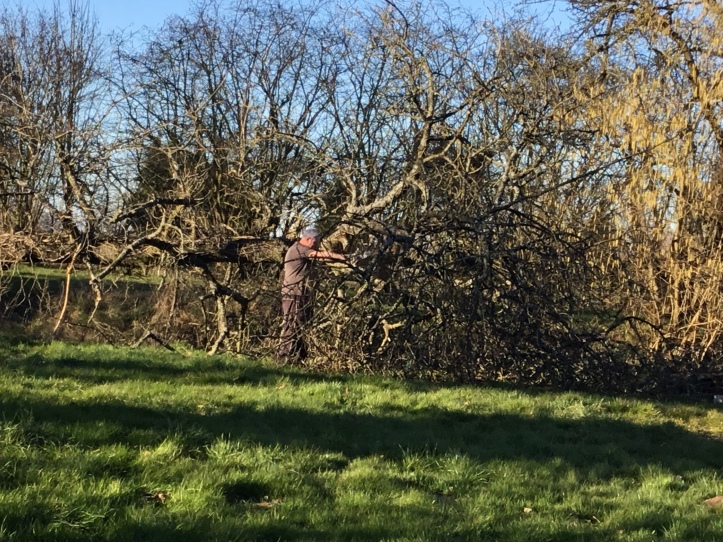 so in the evening sunshine we took two garden chairs up by the tree cracked open a beer, and said goodbye. We felt sad though, that cherry could tell so many stories, but nature showed us that sometimes things come to an end. It has changed the whole landscape of our garden. Everything must change. 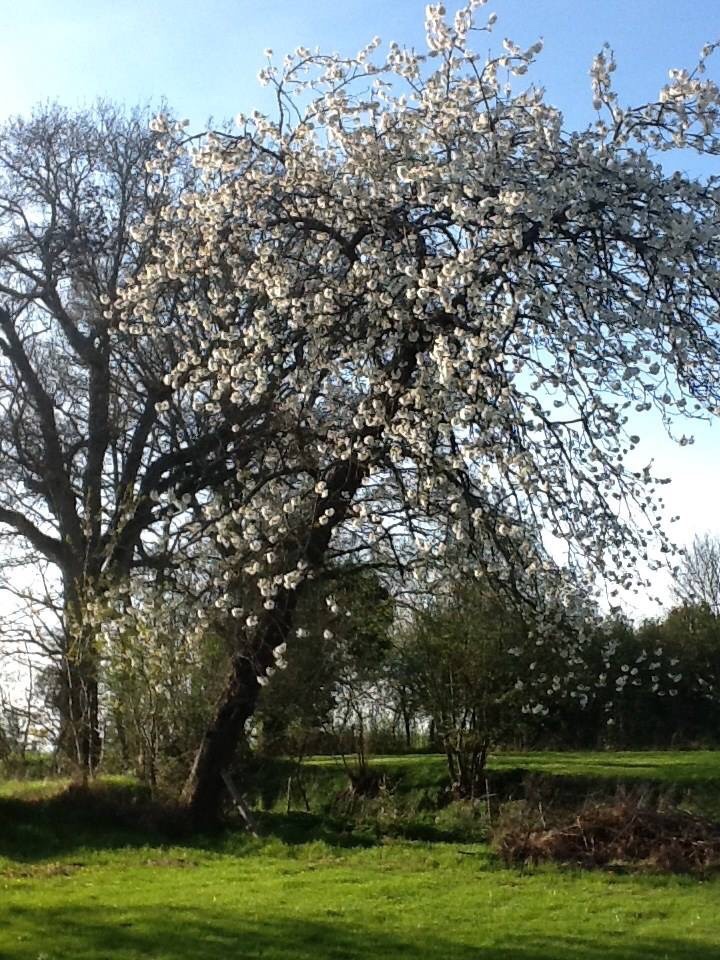 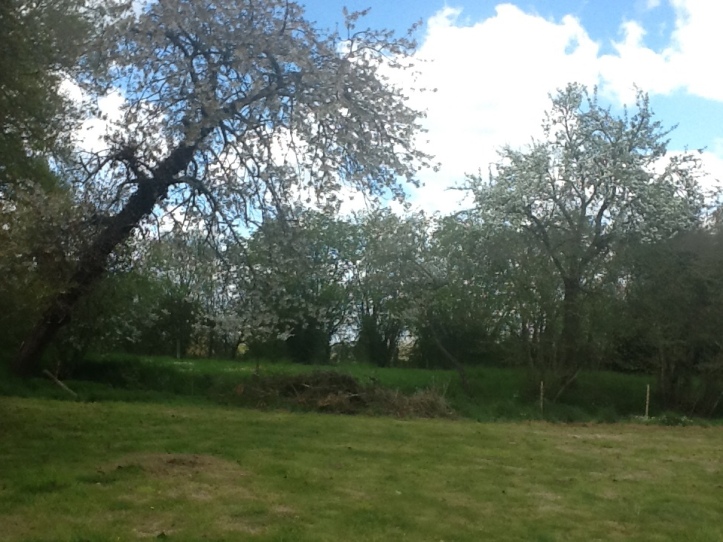