Don’t be fooled even an adventure like this has ‘life!’ caught up in it ….. you just cannot escape sometimes!

I have always said that I was going to write this blog warts an’all.

Yes I started this blog to encourage people to step out of their comfort zone and do something new. I know that some people who read this don’t want to, but one of the most exciting thing for me is that lots that read it do want to; and have contacted me to tell me that I have inspired them to “do it!”

Because of that I think that it is important that I say everything about having the adventure of moving to a different country, different culture with a different language because, much as I am an extremely positive person, there are parts of this type of adventure that do need to be considered…

So I think that the most important thing that I can say to everyone is that ‘life’ will still catch up with you irrespective of where you live. You will still have to pay taxes, (unless you decide to go off grid and camp in the woods!), you will still have to keep warm in the winter and find the money to pay for fuel, and food (notice I am not saying clothes or going out because we don’t get to do that very often!) you will still need to register for post to be sent to you and at some point will need healthcare, although Rich and I are still winging it at the moment.

No matter where you go in the world you will probably still need the internet, in fact it is invaluable for Rich and I, because I look everything up (I don’t go on the Facebook sites over here and say can someone tell me how? Because everyone joins in and has an opinion that you have not asked for so I stay away from those now – way too negative and sad for me!) If I want to know something then, if I use my common sense and don’t believe everything I read, I can pretty much sort it out for myself. In addition I need (yes need) Google translate, because, although I can speak a lot more French than I could I still get totally lost sometimes.

That brings me nicely on to learning another language. When I first told people of our plans their first response would be “Can you speak French?” to which I would reply “No, but I can learn.” And, yes, I have learnt but learning to speak any language is not simply learning the words it also all of the colloquialisms, for example can you imagine what French people would think if you tried to explain to them, word for word, that someone was “mad as a box of frogs!” Or try to explain toad in the hole? And that is it, we think we can just learn the word and translate it directly when in fact what you are telling people makes no sense at all.

If you were to have a meal with French people over here and tell them at the end that it was lovely and you were full then it would be an insult!!!

See any language, wherever you go, isnot just learning the words. Let us not forget that in France the word for cat should be pronounced Cha with a silent T. If you say Chat and pronounce the T you are talking about your fanny!!! In addition we would normally say I am hot if we were talking about how we feel due to the heat; however if you say “Je Suis Chaud” (I am hot) to a French person you are saying I am HOT!!! As in hot stuff. So no wonder our dear friend Marc reminds me of the first time I met him and I told him I was hot stuff and had five fanny’s!!! (I have five cats!) 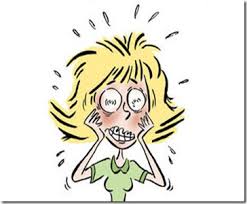 You also have to learn to be inventive, to be prepared to work at anything and, as we have finally learnt, have confidence in yourself, and not undersell yourself.

Where is this all leading to?  We have to earn a living, we have to be able to pay the bloody taxes (the bastards get you everywhere irrespective of the country!) we have to buy fuel, and food, not least for our furry family and so we have had to find a way to earn a living. (For new readers you may want to read my post “it is about time someone said it!” To give you and idea of the type of things we have had to deal with on this adventure.)

So after much dealings with others I have set up my Etsy shop petiteFrenchfancies. I love all things old, vintage, eclectic and different, and most of all French; and thought I should try and make a living at it.

I opened in August and have been working hard at it, and yes, I enjoy it; but as is often the way with life, although this is a new adventure the one thing that is not new is that every thing you do you have to work hard; it doesn’t matter if you wanted an easier life there will be times when it is still difficult.

After a massive hand of help that was offered to me by a dear friend who I knew years ago, and who is extremely successful in her Etsy shop, I worked hard over the past few weeks to adjust my current listings and add some more. Thanks to my friend Karen’s belief and her pushing me I believed in myself and promoted my shop here, there and everywhere, raising my social media profile which will also help with regard to my book. (More of that another time.) This all takes up so much time! But I got three sales last week and I am hooked.

One of my items has gone to Paris, to an interior designer….

One has gone to a Chateau in Southern France…..

…….and one has just been waved goodbye to as he goes off to his new home in New York.

However although I am loving my new career it is hard because you have to research so much and find out so much add to that  the extra complication when you decide to do something like this from your new adventure point of view of the language and it makes it ten times harder. Trying to find out postage, what forms you have to fill in, takes twice as long because you have to try and find your way around the French sites and systems. When it is done however you feel an extra sense of pride in yourself because you have done it, you have persevered, because part of having an adventure is the force inside you that makes you carry on, simply because you have to!

I just did a little dance of joy when I took my parcels for France to the post office after working my way through it’s parcel booking site; and the lady behind the counter had a good laugh at the mad English woman.

But, despite all of this, I would not change it for the world. I could not go back and I would still say to you “Go for it!”