Tell me the lies that I long to hear 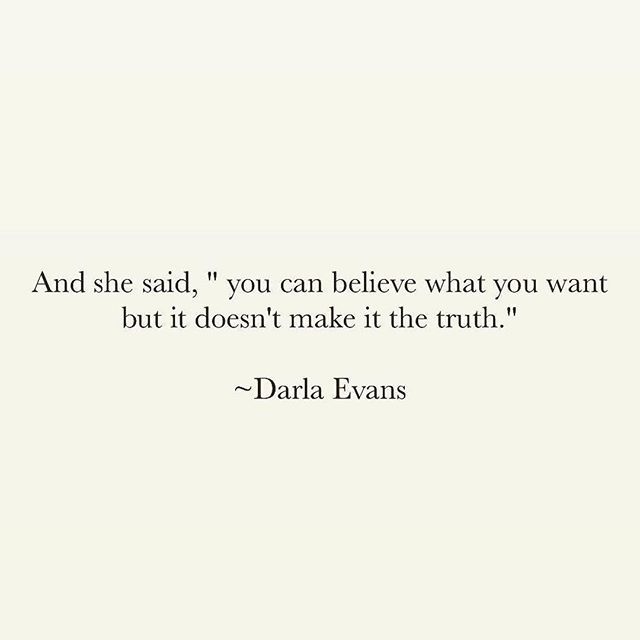 There have been a few things over the past few weeks that have inspired me to write this post. For those new to my blog one of the things that I find from this adventure is that I now have time to think; and since taking up writing I now have the freedom to say what I think, and this is one of those posts. So for those who do not like to reflect, who do not like to ‘Think too much’ (I always love that one!!) then this is not the blog for you and you may not want to continue. For those who do continue then I hope this is a post that gives you something to contemplate over the weekend. 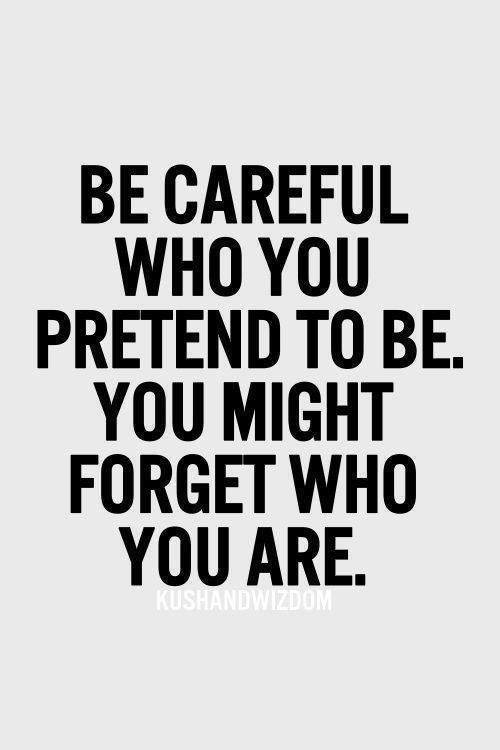 This is a post about how we all lie to ourselves, and the damage that we do in the process. I do believe that it is a true saying that ‘What you don’t know cannot hurt you’, but when you are lying to yourself you do know, surely that is a dangerous place to be. There have been a few things over the past weeks that have inspired this blog, let me explain some of them….

As I have been editing my book, and reading other’s posts, I have come to realise how often, when we are angry at others, we are really angry at ourselves, because we have lied to ourselves and we know it.  To explain here is something about me…

Eleven years ago something happened to Rich and I that nearly broke us;  this inspired me to write my book because now I have (we have) travelled so much further down the road from the people we were then.

As I have written my book, and read what I wrote in  my journal all that time ago, I now realise that often the anger that I felt at that time, and after, was really an anger that  I felt about myself. I had lied to myself when the facts were all in front of my nose; I had chosen to ignore them, listened to the spin doctor inside my head tell me that I was imagining it; and I had listened to it because it was easier than facing the truth.

As part of my research I have read many other blogs, other people’s stories. Some, in fact many of those people are still lost and still hurting, badly.  Most of them are very very angry. As I have read their posts, with  the benefit of hindsight and eleven years of realisation and understanding behind me, I can see that when they are angry they are often angry with themselves because they do not want to see the truth, often the truth about themselves and how they had lied to themselves; they do not want to accept where they are now, and so the pain foes on for them.

I know it is futile because I learnt a long time ago that you cannot change what has happened, you can only learn from it. So I know that they are there, where they are, and that is the only thing they have.

I know that going over and over the past is not going to make it any easier and I know that eventually the only way to deal with it is to accept the truth, about where they are, about their partners, and about themselves.

The constant revolving questions of how long something has or had been going on, the, often, denial of some that any of their actions may have been a contributing factor in the build up to what happened, the stories that they tell themselves I know them all, but keeping that journal stopped me from telling myself those lies, it shut the spin doctor down. From it all I learnt two things: if you don’t have yourself you have nothing, and a question that I often say – how do you know it’s the truth, you never will!

When I look back at what happened to us I can see a person (me) who at times only seemed to care about the house that she had; who knew that someone loved her so much but she would make them prove it to her over and over again.

What she didn’t see was the person who she loved struggling, she didn’t know how insecure that person  was with regard to their relationship; and she didn’t support that person at times. (Big clue to what my book is about, but for this post, and for the people that I know are going to read it, then I need to say it.)

At the same time she had lost herself and she chose not to see the glaringly obvious things that were right in front of her, the phone permantly being attached to her husbands hand, the fact that she never heard it ring, the little touches between people, how worried her husband looked all the time, the lies, the coincedences, the behaviour that changed, the phone call to the house, the gut feeling that was screaming at me;  and that is why I was so angry with myself all those years ago.

It has only taken eleven years for me to realise however the anger that I felt, all those years ago was really an anger with myself. when I realised I could see so clearly how some of the people who are going through what we went through are angry but have not stopped and admitted that they are angry with themselves as well – after all they are the victim here why should they be angry with themselves?

The journal I kept, and writing down the thoughts that were whizzing round and round my head and driving me insane, enabled me to make sense of the things that had happened. Only when I stopped lying to myself could I survive that time, and I coninue to keep a journal to this day, because I realised that when I needed clarification very often the clarification was me being honest with myself; when you write a journal you cannot lie to yourself, (well you can but it is fucking difficult, end very, very sad) and that is why so often people cannot write journals!

Enough about me now, this realisation, combined with the books that I read has enabled me to see how often so many others lie to themselves. Seriously if you believe in your own lies then you are in a very dangerous place.

I see people tell themselves that they are happy in relationships, because that is so much easier than breaking up the house,the money, the belongings. So much easier than not having enough money, or not being able to live comfortably, but ultimatley  they are so miserable. Nothing that they buy or do can make them happy, they moan about everywhere they visit, and anything they do, nothing seems to satisfy them, so they buy more things because that will make them happy, for five seconds! If that is you (because you have carried on reading!) then you have continued reading for a reason.

Did you know that more people leave therapy because they have got to the place where they know that they have to make change, and the thought of that terrifies them so they leave the therapy instead!

Is this resonating with anyone?

I have to say here that all of my questions are rhetorical, nobody owes me an answer, I am just trying to help people to think…….. where difficult things are concerned

Since moving here having time to think, living a simpler life has enabled me to see others, that I used to get on well with, lie to themselves, about how much they drink, or why they drink that much; about the amount of material things they amass – you can see why it is easier for them to buy but it is interesting that they never seem to stop and wonder why they need that rush that a material ‘thing ‘gives you. So they just by more, and more.

I have said many times before that I don’t need that anymore, I understand that it does not give me happiness, if I don’t need it I don’t get it.

I see how people judge others, because their  way is right?! Except when you stop, and just watch you  can see how unhappy they are, and money cannot put it right! You can see how people lie to themselves that it must be the fault of someone else, couldn’t possibly be them right?

Tell me the lies that I long to hear!

So here are some quotes from the great M. Scott Peck I will leave you to contemplate them over the weekend….

“What happens when one has striven long and hard to develop a working view of the world, a seemingly useful, workable map, and then is confronted with new information suggesting that the view is wrong and the map needs to be largely redrawn? The painful effort required seems frightening, almost overwhelming. What we do more often than not, and usually unconsciously, is to ignore the new information. Often this act of ignoring is much more than passive. We may denounce the new information as false, dangerous, heretical, the work of the devil. We may actually crusade against it, and even attempt to manipulate the world so as to make it conform to our view of reality. Rather than try to change the map, an individual may try to destroy the new reality.”
― M. Scott Peck, The Road Less Traveled: A New Psychology of Love, Traditional Values and Spiritual 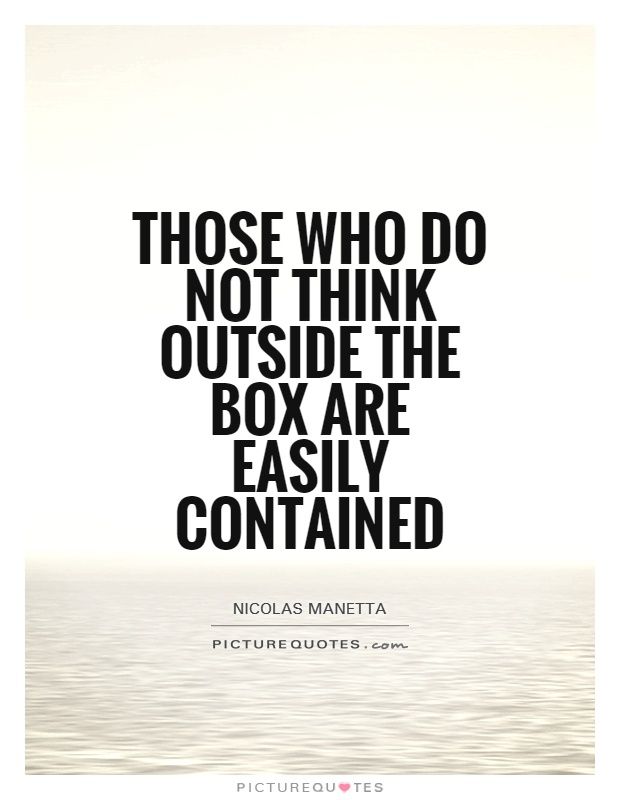