Change is coming, the things we’ve learnt – The Roof

“An integral being knows without going, see withoug looking, and accomplishes without doing.”

In my previous post I told you how our roof is now being replaced, but for those who like to think differently there is more of a story here – it is how Rich and I have learnt to accept things as they are, and now things are coming together.

This has been our kitchen roof for the last two and a half years.

I wrote in a previous blog about Allianz the insurance company with whom we had our house insured, and how when storm Katy blew through in the March 2016, she ripped some holes in our roof and the insurance company refused to pay out because ‘we had not maintained it!’ Considering we had only lived here seven months that was difficult!

We had run out of money at that time and had no means to repair it. We listened to others and bought some tiles when we had some money left from our intermittent income believing that we would eventually accumulate enought to repair the roof, but we never did; we tried to drive circumstance and made our lives even more difficult because we were spending money we could not afford on something that was going to do nothing. As if to prove the point in the September a tornado ripped through the garden, literally! It took half the silver birch with it, and our gazebo, it carried Harley’s paddling pool off into the chemin

…but more than anything it took half the roof!

So for two years we lived with a tarpaulin. Two tarpaulins over each other in fact, after the cat ripped one!

At first Rich and I could not see how we could carry on living here, or carry on with this adventure. Other’s asked whether life was indeed trying to ‘show us the way’ and if we should give up. But at this point I had started to read the Tao, and I did not want to go home. People asked how we could live like it, but, as someone said to me “It wouldn’t be an adventure if there weren’t bumps in the road!”

So we did the only thing we could do, we carried on and believed that good things would come our way one day.

At first Rich got really stressed. worried about the timber rotting – as someone helpfully told him it would – questioned how we were living like this, but I never stopped believing; and I would read the Tao to him and eventually he ‘got it’. So whilst over the years we’ve had bowls all over the kitchen at times, and learnt how to stop water splashing everywhere, we also learnt to accept that it had not killed us, had not killed our dream and we were still here. The worry about how we would survive left us because we knew that to worry about something that you cannot change is just a waste of energy that will just bring negative shit your way; and most important of all we learned to laugh about it.

As time went by I started to read Deepak chopra and as he says:

(The Seven psiritual Laws of Success – The Law of Least Effort)

This situation has reminded me of my old life when I lived in England; then we would have stressed to the max about getting the roof fixed, got into debt, panicked, listened to others who would have said we had to get it done. We would have believed that we could not survive without it, and we would have worried about what other’s thought. Here in rural France everyone lives simply, and I find that people understand and accept when people cannot afford things and they do not judge – not our neighbours anyway. But most importantly Rich and I have learnt not to care what other’s think, to let go of our egos and just be us. I say it often, as my darling late mum used to say “All the time they are judging you they are leaving someone else alone.” A brilliant way to look at things.

So here we are over two years later and our roof is being replaced. I know that this is at the right moment of time that his has happened and I know that we had to be without that roof to show us that we did not need what we thought we did; that nothing other than ill health and death is insurmountable and that something would come along in the end and enable us to replace our roof – and come along it did. But most importantly this lesson showed Rich and I that you do not need everything that you think you do – No, not even a roof!! 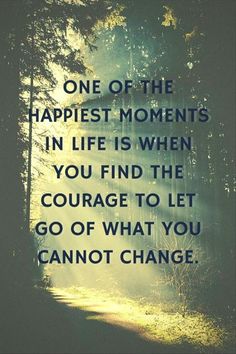