If I bite my tongue too long

Most people who have been reading this blog for any length of time will know that four years ago I had a breakdown, and the Incredible Hulk started to live in me. Over the years, and from reading the Tao I have learnt to control that beast because I know the damage it can do.

I also learnt that this  had happened to me because I had bitten my tongue too long. I should have said what I thought to people in a controlled way, and I never. Hence the reason for this blog, I decided to write what I wanted to write and say what  wanted to say – and over twenty thousand of you have appreciated it over the years – A big thank you.

Add to that the fact that I am by nature a kind person ( I don’t see the point in being horrible to people life really is too short) and I think that I have set myself up as a Patsy; because since living here I have found that my kindness has been seen as a weakness; you see the incredible hulk has not come out since moving to France, so people over here don’t really know of the creature that lies within.

Sadly despite being kind to numerous people they have then assumed that they can behave inappropriately and I will not say anything. Here are some examples:

We helped someone this summer who was in a terrible situation, and me being the empathetic sort helped them, even going on a long journey with them that took all day.  Rich worked for them, and he worked hard,  and we thought that they needed people to be kind. Instead they gave the future work that had been promised to Rich, to someone else and messaged me to say that some day they would tell me how ‘Rich had talked himself out of a job!’ Assuming that I would go ‘Oh Okay then!!!!!’

I get that people are entitled to employ who they want, but they’re not entitled to tell me what they see as failings in my husband, and they should not have taken our help if that is what they thought!

With regard to clients that Rich has had we have answered queries on a Sunday, late at night, we have waited for guests to arrive until ten in the evening, for no charge only for the people to not pay us for the work Rich has done. We have took responsibility for things that have gone wrong and contacted people to tell them that there is a problem (they left the door open being one of them, and they weren’t even in the country) but there hasn’t even been a thank you.

I have looked after people’s gardens whilst they have been away, looked over the house for them, fed the kittens that they had – for no pay. But those people have then been rude to us, in fact downright rude to us.

So I decided yesterday that, yes I do have too much empathy and I am not going to be kind to people anymore – other than the six that I can count on one hand that live here. I won’t be unkind, I am not getting dragged into the gutter with the others, and that is not the way of the Tao, but I am not going out of my way  for people anymore; sorry I have been bitten once too often!;  Whilst I know that this is not what the Tao recommends I have to look after myself and my health first, and sadly there are too many sad and bitter people over here that I need to be aware of.

Over the past few weeks I have been put in a position where I have bitten my tongue quite often, and again it is with a person who I have shown kindness to (do I never learn!)  Sadly they clearly saw this as a weakness and their behaviour became worse towards me. I got the feeling that they were trying to push my buttons, and I used all that I have learnt to not respond, but I forgot about he Incredible Hulk, and as their behaviour got worse and worse I could feel it start to stir.

For those who don’t like bad language look away: but if those buttons are pressed (which they have not been for over four years) I can be a cunt!!

When it happens it makes me feel ill, in fact it often puts me to sleep because my brain shuts down, and that is why I avoid it. I take no joy from making people eat shit  But today I did just that: A person got told in no uncertain terms where they stood and also told that they would not like me at all if I really lost it. The look on their face told me that they knew that they probably needed to shut up. They threw some things at me, but you see when I get into that zone I  will throw them back and some! Because as I have always said – I don’t give a fuck!!

My old job in England was about listening to people and then analysing what they had said, picking up on certain words or nuances, and I did this today. As I said I take no joy in making people eat shit, but perhaps they shouldn’t speak it in the first place!!

It is foggy outside, the promised sun has not materialised, hubby is here because I asked him to come home to support me in case the Incredible Hulk really did come out – and I am spurred on like never before to send my book off to agents. This time it has not sent me to sleep it has woken up the beast inside me and made me want to write!

So that is me, I have the Tao on one side, and the Incredible Hulk on the other, and I have always said ‘I am not an easy person to get to know.’

I will read my Tao this afternoon! But I won’t be going to sleep!

I have had enought!! 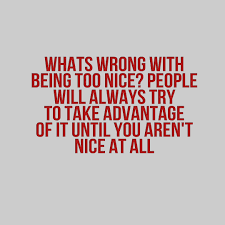