France has been on high alert this week, for extreme temperatures, and they weren’t kidding! On Tuesday the temperature started to rise and by Friday it was thirty six degrees, with humidity of over forty percent. I kid you not I felt as if I was melting as I unloaded the shopping, our patio was recording temperatures of over fifty degrees.

Our poor Welshies have been our main concern, they are due another cut in 2 weeks so in the meantime I have stripped the excess fur out if them, after chasing them around the garden!

And much splashing has been had by the pool, even Wiglet (who hates water) joined in. 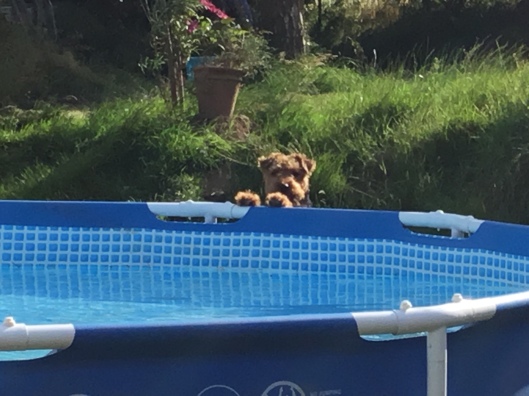 But yesterday when the temperatures hit thirty nine, with fifty seven humidity we had to dunk her fat little bum in the pool! She was so hot she didn’t complain and merely waddled off, finally cool for a short respite of time.

Over this week I have thanked God for our shutters! When I used to holiday in France (I can’t afford to holiday now, but then I am on an adventure instead) I would think that nobody was in when the shutters were down; now I know that is not the case, the shutters are down to keep the heat out! So I have had the dogs laying on our bed in a darkened room with the fans working overtime.

The humidity at night has been unbearable but last night, finally the temperatures started to drop and a cool (twenty four degrees) a breeze started to blow; and this is what I woke up to this morning 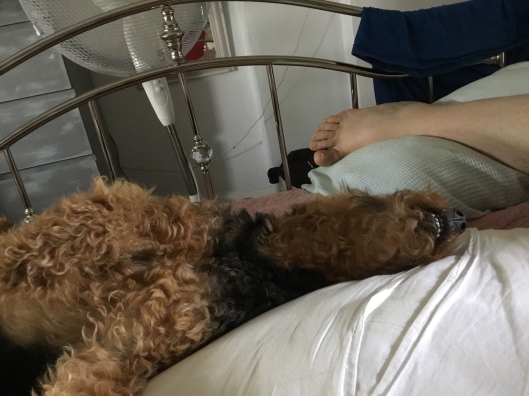 Bless him, he is smiling, and I am blessed. 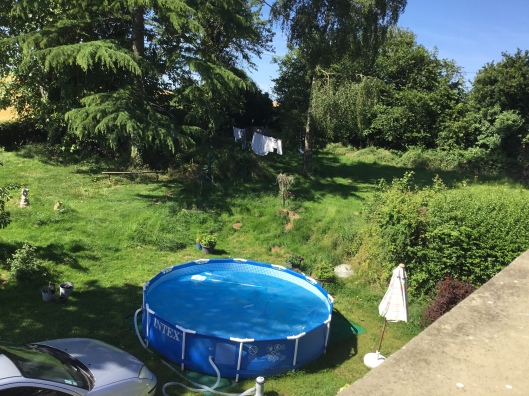 As we lay in the pool on Friday evening, after Rich had git home from work, I was reminded that I live here, and whilst I am here I will cherish every moment, good or bad.

I looked at Rich (also known as Danny) and said ‘beats living in Herne Bay’ and it does. 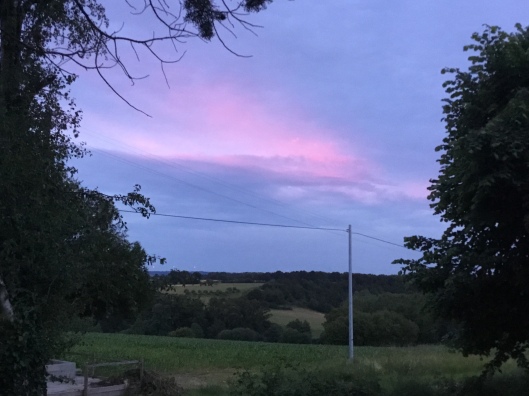