I wrote this blog and had it in my drafts ready to post. Then life took over and instead I posted about how we were seriously re-thinking our position.

In it  I was honest about whether we were going to stay. Looking back now, much of what I wrote in this post still applies: I am still on a roll, whatever we decide it could well take 2 years or more to sell our house so we still have to survive. Here is what I wrote: and what I have added and my additional thoughts since my last post is in bold.

I am on such a roll that I am hoping to inspire others to never give up; and more importantly stop ‘putting up’: with crap, with rude people, with unnecessary comments, with other’s putting you off, with things you don’t like……..

That still applies: I do want to inspire others. Even if we change what we are doing at least we have had the adventure. We have not stayed still we have took the chance. I know that many people (and one of Rich’s fears) will say how we failed. They need to be careful because it is highly likely that they will be the same people who want to play safe and not take that chance. That might be pointed out to them by me!

The same is true in that you should not put up with crap or rude people; or be put off. God knows the amount of time that Rich and I slogged our guts out to do a good job, because we wanted to and because we thought it would bring us more work in. But it never did with the exception of one lovely person (who I have only met recently) but that is another story. Rich and I have never been the type of people who just work for the money; we have to do a good job for our benefit, to feel good about what we have achieved. One of the things that will go into the negative column will be how many times that has been abused since moving out here.No more!

We were in a bad place over the last few months, in fact I did not know at one point how we were going to pay our bills. But a series of unfortunate events made me stop and look and come out fighting. As a result: our bills are all up to date, we have a few months without worry; and I am confident that we will have more.

I am still confident of that, Rich’s website has been very successful; but…..

I said in my last post that I have been driven and I have. Driven……Part I Anyone who reads my other blog (the link is now at the top of each post) will know that when my back is up against the wall I will always come out fighting.

But in 2014 I had worked so hard doing things for other people (because as my counsellor told me: I was a ‘do’er’) that eventually my brain just burnt out; and as I have said, when first moved over here I was still ill. In addition I read the Tao, from which I got so much: don’t plan far ahead because what you think will happen never does (trust me that has been proved to me so many times.) Live in the here and now; always believe that what you truly need will come your way; all true, all something I still adhere to. But the version of the Tao that I read was a bit happy clappy (I must read Alan Watt’s take on it) and I tried to be kind to everyone and give everyone the benefit of the doubt; add that to being an empath and that was a mistake.

Now the old Moisy is back, the person who got promotion over 4 grades in as many years; the person who would wipe the floor with anyone who was unncessarily rude or unkind; I look back now at what I have been like and the behaviours that I have tolerated from people since moving out here and I have asked myself what the fuck I was doing!

So after setting up the three websites I have also had a major sale on my Etsy shop and now I am going to turn my attention to my book, which is what my other blog (see link at top of page) is about. I have been approached by a self publishing company to publish for a reasonable amount and it is my intention that this will take place this year. Like I said I am driven: I am driven by the people who read my other blog and say things to me like:

‘This post should probably be handed out to all of the new members of our unfortunate club.’ (WordPress)

‘Oh Wow! What an entry! So much feeling, insight, depth, honesty, self awareneess, courage, encouragement, just everything and I have felt almost all of it throughout this journey. Thank you for sharing! (Twitter)

And so many more……

Their comments have given me the confidence to know that my book needs to be out there. As I said in reply to the comment above I always intended it to be a book that people could use to support them, where people would highlight parts and re-read them when they were in a dark place. 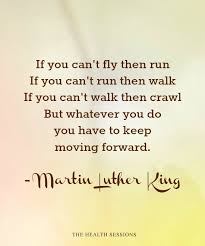 I recently watched a film about people who moved to France from England (Gemma Bovery) and a character said how people think that they will move to a rural area of France and everything will be just blissful; when in fact the reality is very different; it can be lonely (I am not lonely because as well as some close friends I have so many cyber friends now from this blog and my other blog.) and it can be boring. I will be honest that whilst I love where I live and the view it will not sustain me forever; and I now know that we will continue our adventure somewhere else. I am not afraid of that.

And as I have aleady posted in my previous blog this is likely to be the case. I am not bored as such: God knows there is enough to do with the cleaning and renovation alone. But I need to do more. I am  back and I am capable of so much more; and I need to be somewhere I can take that opportunity.

It got me thinking and I looked up about depression in rural areas. It is not specific to France, but depression is often higher in rural areas; and France has the highest number of people taking anti-depressants in the world! (By population of course.) Iunderstand why: the taxes are high; the beauracracy is antiquated and needs to be dragged into the 21st century kicking and screaming! We are currently being pursued for a housing tax on the house we rented for three months in 2015. We moved out in 2015 and yet they still try and get us to pay a tax on it for 2017!!! Despite numerous letters.

The countryside is wonderful, the birdsong second to none; but once you have seen it and experienced it for a number of years whilst it in itself will never be boring, all that comes with it: nothing to do, shops all shut down, bars not open past 9pm, sometimes you can go into to town and not see one person and that can be boring!  In our pretty little town there is only two restaurants/bars. Nearly all of the shops have shut down and the town in itself is dying, along with many others in France.

Even our dear friends believe this and were having a discussion in January about it; about how Ambrieres had a beautiful little bistro but it shut down, crippled by the taxes. So what is there in Ambrieres to visit? Once you have visited the two bars (one by the pretty bridge by the river but also on a busy road, one with it’s outside space in the car park! Really you could be anywhere you wouldn’t know you were in France!) what else is there to do? This is the case in so much of rural France. There is nothing there for the young people to go to so they don’t want to stay and move to the large cities. Thereby leaving the towns with mainly old people and families who do not tend to spend their money. It really is a very sad side of France and one I did not realise was as bad as it is until I moved here. This is not exclusive to Ambrieres most of the towns are like it, some don’t even have Boulangeries any more, and that is embedded in the constitution!

Don’t get me wrong: when I first came out here I needed peace and quiet and tranquility. But now I am back to being me, whilst I don’t want to go headlong back into the fray I do need something more to occupy my mind, and I need to work. I miss really working.

So back to being driven: This is why I will be finishing my book (I may get to travel). This is why I have set up the campsite, we can get to meet new people and make each day diferent; this is why I have advertised that Rich is available to work all over France, we get to see new horizons. Add to that at least once a month we are going to visit somewhere new, within a two hour drive; and take the Welshies with us. I live in France I need to see more of France, and whilst it may use some of our money who knows what the future holds, you shouldn’t sit and wait!!!

Whilst I am here I am know it is essential to go further afield and see some more of France, who knows what life will show me!

I read recently that passion is about the love for the journey and being driven is about the destination. Normally I am all about the passion but right now I have to be driven for us to survive. So driven it is! 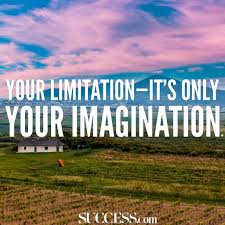